The 6th of June 2018 marked a very special date in Sera, Northern Kenya as the Sera Conservancy Community welcomed the return of the much-loved rhino calf, ‘Loijupu’. 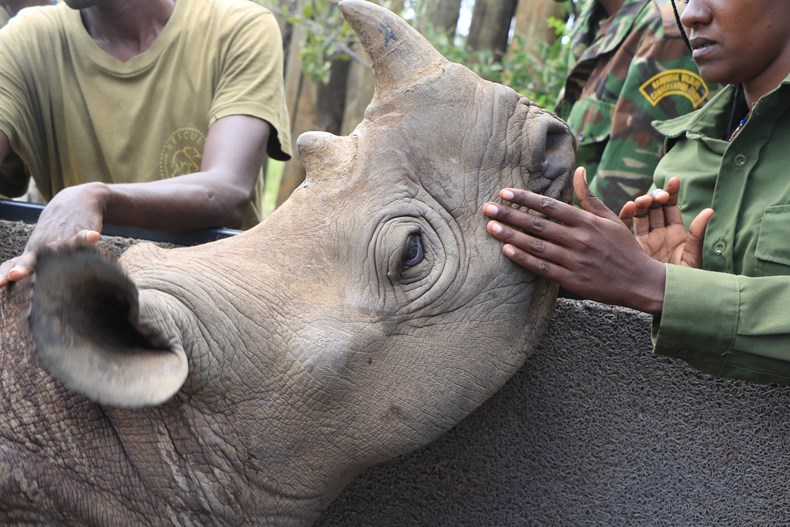 Loijupu was found by Sera Rangers 16 months ago in the 54,000 hectares-large, community-owned rhino sanctuary, having been abandoned by his mother ‘Nairenyu’ on account of her being startled by something only a few hours after giving birth, running away in fright. When the mother didn’t return, Loijupu was taken in by Reteti Elephant Sanctuary where he has been looked after by the incredibly dedicated team of vets and keepers for almost a year and a half with round-the-clock monitoring and careful handling of all the sensitive elements that come with raising a new-born rhino calf. Thanks to their expert care, Loijupu has grown into a fine specimen, enabling him to overcome his ordeal. When his wild instincts started to become apparent, all experts involved agreed it was time for Loijupu to follow his calling and continue his path back to paradise – the Sera Wild - which he calls home.

With the incredible joint efforts of Reteti Elephant Sanctuary, Kenya Wildlife Service and Northern Rangelands Trust, Loijupu returned to Sera with a team of Samburu rangers welcoming him home after hours of patiently luring him into his transportation crate, adamant he was not to be sedated during the experience.

At Saruni Rhino, the recently-opened safari lodge in Sera Conservancy, we are thrilled to have him back! Across the period of a year, Loijupu will slowly be re-integrated into the wild making the total population of rhino 13 at the first ever community-owned rhino sanctuary with which Saruni has partnered in creating revenue through tourism in order to facilitate these remarkable conservation efforts. What an exceptional effort from all involved executing a hugely successful rehabilitation, ensuring Loijupu his second chance at life. We are so grateful to all those who continue to sacrifice it all for the ongoing protection of our wildlife. Read more and see all images in our blog HERE.

By Saruni
Return to listing