Nearly US$18,000 Raised to Boost Anti-Poaching Efforts In Victoria Falls 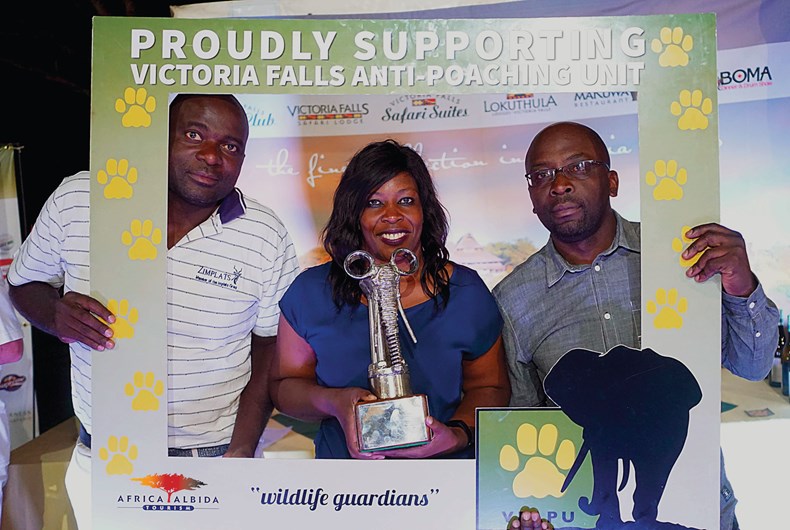 Nearly US$18,000 has been raised to combat poaching in Zimbabwe’s top tourist destination of Victoria Falls by an annual fundraising golf tournament, coordinated, hosted and sponsored by hospitality group Africa Albida Tourism.

A total of US$17, 852 was raised at the 19th annual Victoria Falls Anti-Poaching Unit (VFAPU) Golf Day at Borrowdale Brooke Golf Club on September 20, where 136 players, making up 34 teams, teed off for the charitable cause playing a 4 Ball Alliance format.

The tournament was won by the Toyota 2 team, made up of Yeukai Gatsi, Felix Sachiti, Fanuel Moffat and Irimayi Madyambudzi, who finished on 99 points, while Curverid Tobacco’s Natural Disaster and Paperhole Investments took second and third places respectively.

Africa Albida Tourism (AAT) chief executive Ross Kennedy said the success of the VFAPU Golf Day was yet another example of the incredible strength and character of our community in the midst of a very tough economy.

“Many regular supporters stated it was the best VFAPU Golf Day ever, and we thank every single person involved for making it happen ... our AAT team, Borrowdale Brooke Golf Club and all players, sponsors and donors,” Kennedy said.

"The golf day is just one element of our continued fundraising efforts and so we urge those who can still assist in cash or resources to please consider supporting VFAPU," he said.

VFAPU head of operations Charles Brightman thanked everyone involved, saying the funds raised annually at this tournament were vital to VFAPU’s survival and this would go a long way towards covering the unit’s operational costs.

VFAPU’s 17 scouts, who tackle all forms of poaching in the Victoria Falls region, have arrested 792 serious poachers since the unit was established in 1999 by Brightman, a professional guide and conservationist, and Victoria Falls Safari Lodge, AAT’s flagship property.

The unit, which works closely with the Zimbabwe Parks and Wildlife Management Authority and the Zimbabwe Republic Police, has also removed nearly 22 500 wire snares from its operational area, and rescued 243 mammals injured by snares.