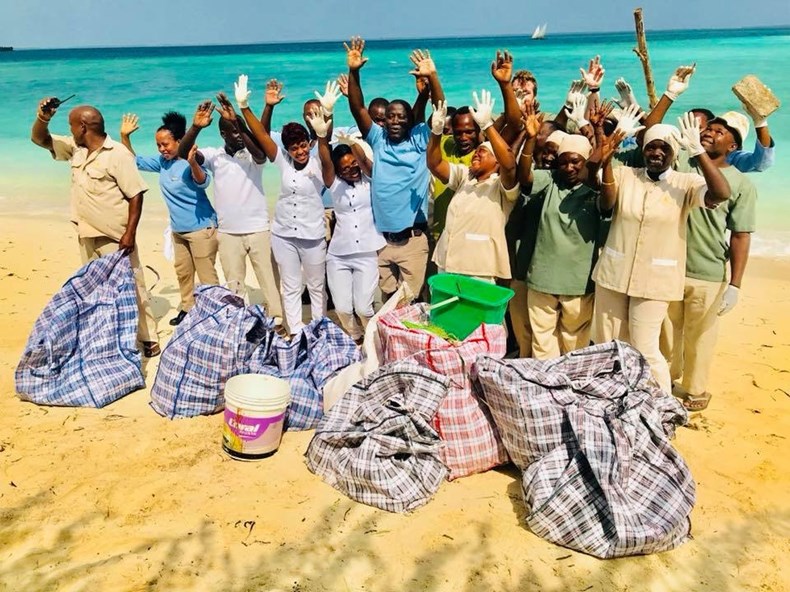 Waste in our oceans is a global concern for many reasons; the huge build-up of plastic that forms the “Great Pacific Garbage Patch”, a giant whirlpool of waste in the North Pacific is well known – but there are five other gyres (as these eddies are known) in the world, each collecting a huge amount of waste.

This affects all marine life, some of which get caught up in nets, others suffocate, while most digest it leading to some very distressing reports shared daily on the news. There is also a portion of this waste that ends up on our beaches and coastline, affecting birds and other animals with equally horrific outcomes.

It is reported that an estimated eight million tonnes of plastic had entered the oceans by 2010 and this is set to double by 2015. Approximately 78 million tonnes of plastic packaging is produced annually with only 10% of that being recycled. It is estimated that a third of all plastic packaging finds its way into the environment, littering the land or sea.

Elewana Kilindi Zanzibar are committed to environmental conservation through our beach clean-ups to ensure our beaches and underwater species are protected and kept safe. We work with our local community to undertake fortnightly beach cleaning projects. Recently our team combed the beach front with their reusable collection bags and gathered a huge amount of waste, which will be separated, some to be recycled while the rest will be disposed of properly.

And of course like other Elewana Collection properties we urge out guests to take advantage of our recyclable water bottles and went to war with the (plastic) some time ago.

If every individual around the world made a small effort to safe guard our environment, the world would be a very different place.