The stunt took place on 24-25 February, and this week, with a giant vending machine at London Waterloo and London King’s Cross train stations. 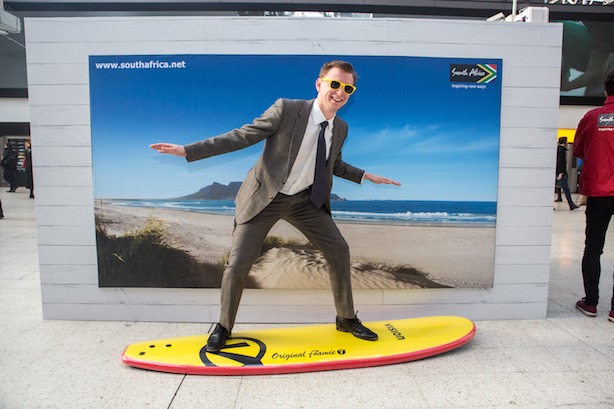 In addition, all those who play the vending machine were automatically entered into a competition to win a pair of flights to South Africa, courtesy of South African Airways.

The stunt can be tracked on social media using the campaign hashtag #RollingInRands, which reflects South Africa's favourable exchange rate.
Tolene van der Merwe, UK manager for South African Tourism, said: "South Africa is an exciting, fun destination and so affordable. We’re investing in this campaign to demonstrate just how much further your money goes when on holiday in the country – you really are more valued in South Africa."

Source: PRweek
This site uses cookies. By continuing to browse the site you are agreeing to our use of cookies.